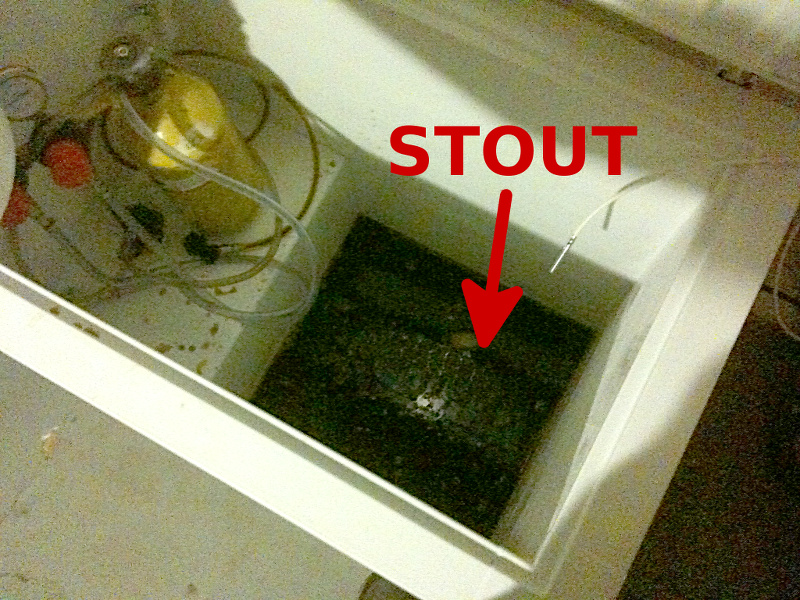 If you don’t, this could be your next beer.  And no, you can’t put it back into the keg and hope for the best, because you have no idea what kind of junk the previous owner of your keezer stored in there.  It just won’t taste right.  How do we know?  Don’t ask.  So when you have a nice full keg of delicious beer, make sure you use a wrench and don’t just finger-tighten the MFL fittings onto your disconnects.

Thankfully we got to drink a few pints of the Use-it-up Stout and it was great.  So great, in fact, that we brewed it again this week and hit most of the numbers spot on.  But it’s likely nothing will ever measure up to our recollection of how great our taste of the first batch was, right before it escaped into the freezer.

You have been warned. 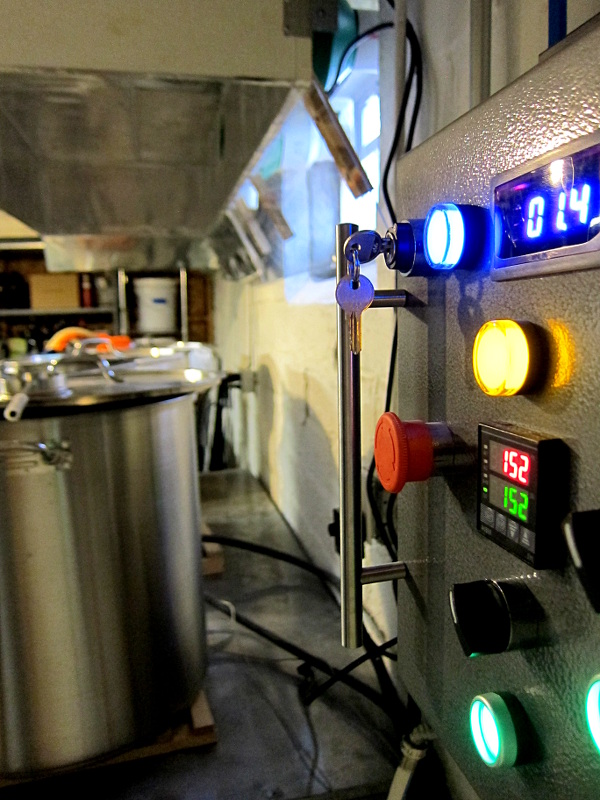 The Maris Otter is almost gone.  Seriously.  And seeing as how it’s no longer cold outside a nice, simple, drinkable beer is required.  Digging deep into Graham Wheeler’s Brew Your Own British Real Ale we came up with Big Lamp Bitter.  Here we’ve adjusted the recipe for US/Standard measurements and added a few IBUs so that we don’t have any partial ounces of hops left-over.

OK, so it’s not really a traditional bitter since we’re using S-05 yeast instead of a real British variety.  And we’re only hopping for 60 minutes while Wheeler adds the hops at the start of the 90 minute boil for all his recipes.  But whatever.

This time we decided to use the Brew-In-A-Bag (BIAB) method instead of the traditional 3-vessel setup, mostly to see if we’d hit the numbers and if the brew day would be shorter.  If you’re not familiar with BIAB, here’s the basic process:

In theory BIAB should take less time and less equipment, and for the most part that’s correct.  We’ve actually done BIAB on this system before we finished building the HLT and the mash tun, so we have some data to go by. 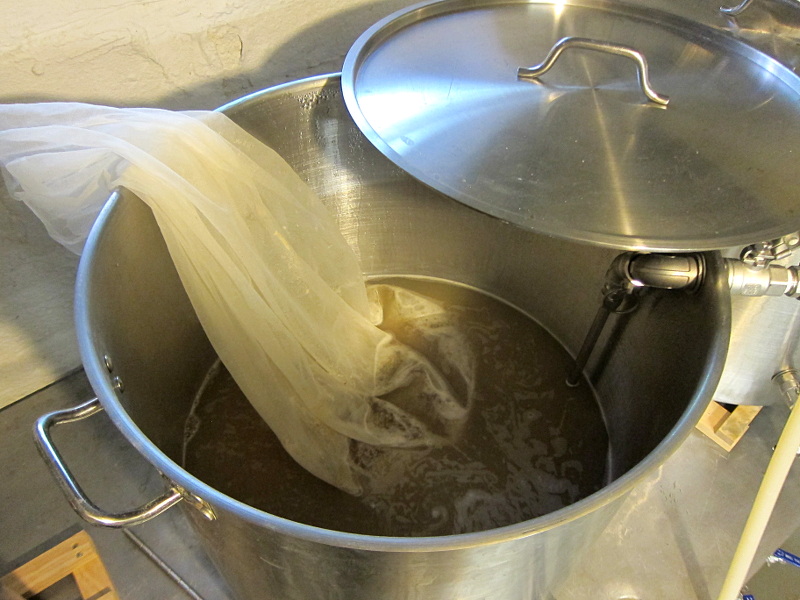 We heated almost 9 gallons of strike water to 155°F and added the grain, which dropped the mash temperature to the expected 152°F and a pH of 5.6, which we adjusted to 5.4 with lactic acid.  A half-hour into the mash the wort was 6°P.  But now it was dinner time so we let the mash recirculate for a total of 2 hours.  Upon return, after squeezing all the liquid we could out of the grain, we ended up with 8.5 gallons of 6.5°P (1.026) wort, while we actually wanted 8 gallons of 1.028 wort instead.  Boil-off time!

Did BIAB save us time?  Yes, some, but not a lot.  We keep trying to save time and never quite do it, so maybe the problem is us…  Did we hit the numbers?  No, not really, but we weren’t that far off.  Had we mashed with less water, and boiled less vigorously, we may have gotten closer to the expected gravities.  But did BIAB make cleanup easier?  Definitely; only one kettle to scrub! 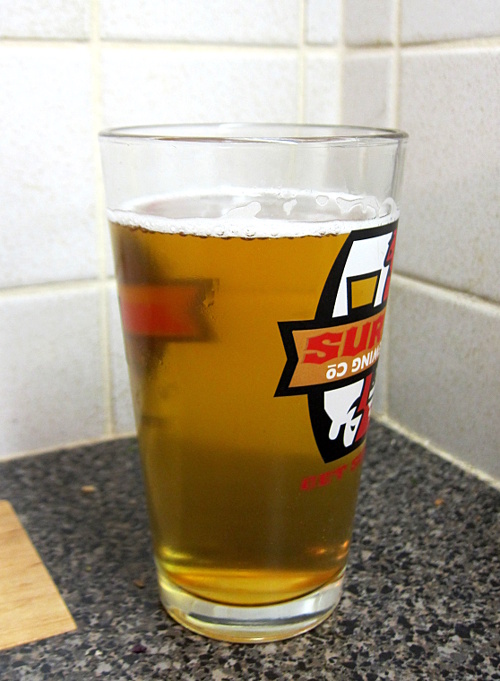 10 days later, after fermenting around 65°F, we transferred the 1.009 beer to a keg.  A week after that we had a light refreshing beer with a sessionable ABV of about 4%.  It’s not very complex (obviously) but it’s a great summer beer.  We’d brew this again, which means we Brewed It Right™.